The following outage map shows the most recent areas in Australia where iPrimus users have reported their issues and outages. If you are having an issue with iPrimus and your location is not listed, make sure to submit a report below.

At the moment, we haven't detected any problems at iPrimus. Are you experiencing issues or an outage? Leave a message in the comments section! 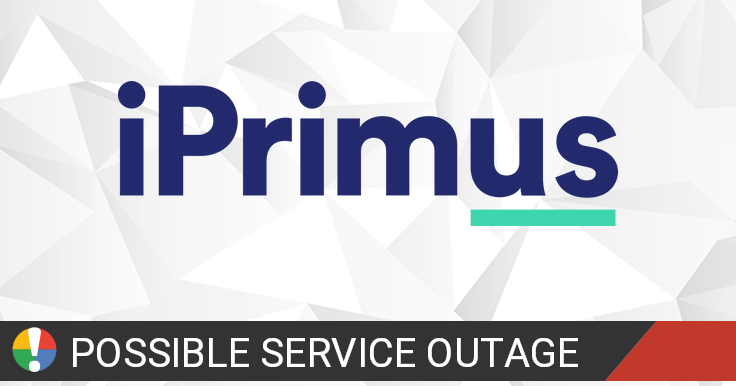 iPrimus offers internet and phone service to businesses and individuals, as well as mobile phone and mobile internet. Interet access is available as DSL service, ADSL 2+, dial-up or mobile 3G.

How would you rate iPrimus over the past 3 months?

Hey Bob, we have planned maintenance currently in Traralgon, VIC which may degrade your services. Checking to see where you're located and how is your internet today? - Gwen

Hi Adamn, once you cancel your internet service, your email will be cancelled too, unfortunately. However, we're happy to look into options for your relative. Please reach out to us on Live Chat via our website &gt; https://t.co/UYGwheJxxx and we'll be in touch to help. - Gwen

Hey Bullet, those speeds don't sound ideal and we have some troubleshooting tips which may resolve the issue &gt; https://t.co/qA4QUOcfyt Let us know how you go. - Gwen