The following outage map shows the most recent locations worldwide where TD Ameritrade users have reported their issues and outages. If you are having an issue with TD Ameritrade and your area is not listed, make sure to submit a report below

At the moment, we haven't detected any problems at TD Ameritrade. Are you experiencing issues or an outage? Leave a message in the comments section! 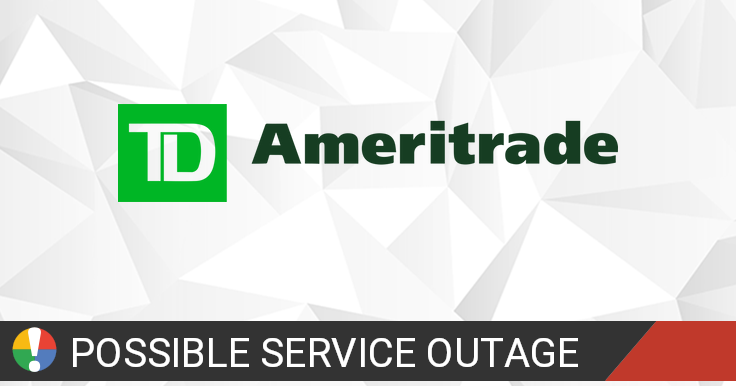 How would you rate TD Ameritrade over the past 3 months?

Hi! We regret to hear you feel this way and would love the opportunity to address any questions or concerns you may have. Feel free to give us a call at 800-669-3900 or email social@tdameritrade.com. We are happy to help! ^NK

Good Afternoon! Once we obtain notification directly from the OTC markets that ASTA has met their reporting requirements, we will be happy to remove the trading restriction. We appreciate your patience and understanding during this time. ^GG