The following outage map shows the most recent locations worldwide where Signal users have reported their issues and outages. If you are having an issue with Signal and your area is not listed, make sure to submit a report below

At the moment, we haven't detected any problems at Signal. Are you experiencing issues or an outage? Leave a message in the comments section! 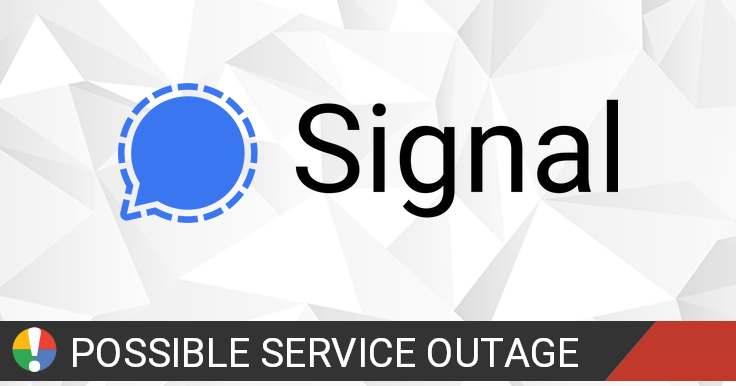 How would you rate Signal over the past 3 months?

When we made Instagram ads to show you just how you got targeted, we got our ad account disabled. But now Facebook is putting it right out there. https://t.co/HKHdgpXFXr https://t.co/yUjyj2wIF6

You can mark any conversation (including Note to Self) as unread. For Android: Select chat &gt; Menu &gt; Mark as unread. For iOS: Swipe right on the chat.