The following outage map shows the most recent locations worldwide where Peacock users have reported their issues and outages. If you are having an issue with Peacock and your area is not listed, make sure to submit a report below

At the moment, we haven't detected any problems at Peacock. Are you experiencing issues or an outage? Leave a message in the comments section! 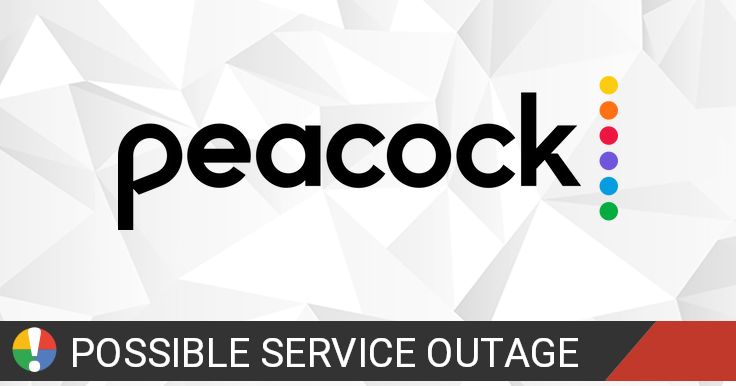 Peacock is an American over-the-top video streaming service owned by NBCUniversal, a subsidiary of Comcast. Peacock carries many shows and movies associated with NBC, Bravo, E!, Syfy, Telemundo, and USA Network, as well as shows and movies produced by Universal.

How would you rate Peacock over the past 3 months?

Thanks for reaching out, Drew! We're happy to help. While The Real Housewives does display the countdown clock, have no fear, it will not be leaving the Peacock platform! Feel free to send us a DM with any further questions. We're always happy to assist.

Hello! Thanks for reaching out. All Copa Mundial de la FIFA 2022 matches will only be available on Peacock in Spanish. Please feel free to DM us with any further questions or concerns! We're always happy to assist. 😊⚽

Hi Sean! Thank you for reaching out! The first round of the Hero World Challenge started at 12PM ET and is live now on Peacock for Premium and Premium Plus subscribers. If you have any other questions or concerns, please do not hesitate to DM us!