The following outage map shows the most recent locations worldwide where Minecraft users have reported their issues and outages. If you are having an issue with Minecraft and your area is not listed, make sure to submit a report below

At the moment, we haven't detected any problems at Minecraft. Are you experiencing issues or an outage? Leave a message in the comments section! 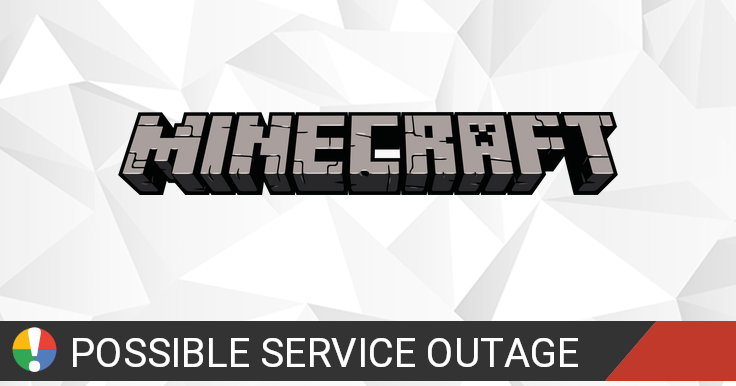 How would you rate Minecraft over the past 3 months?

Are you making sure you log in with the correct account type (Mojang vs. Microsoft, for example) and is there a specific error message you see? Let us know if you still have a Mojang account or you were able to migrate to Microsoft so we can assist! ^AM

What, exactly, are you unable to access? You should be able to set up your profile by logging in with the correct Microsoft account at https://t.co/Vwvx7IayWy but let us know in a bit more detail what you're having trouble accessing so we can look into this some more! ^AM