The following outage map shows the most recent locations worldwide where Anthem users have reported their issues and outages. If you are having an issue with Anthem and your area is not listed, make sure to submit a report below

At the moment, we haven't detected any problems at Anthem. Are you experiencing issues or an outage? Leave a message in the comments section! 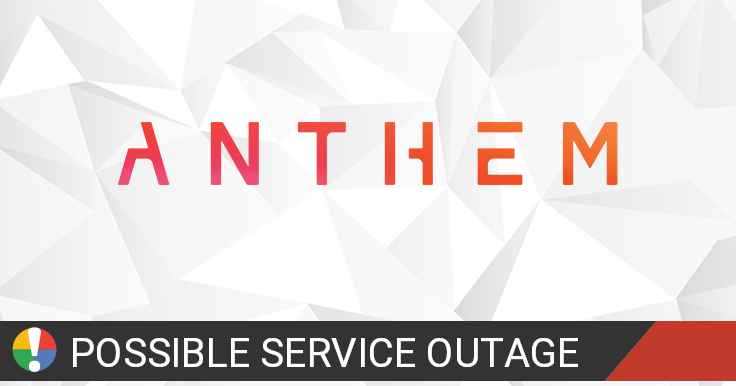 Anthem is an online multiplayer action role-playing video game developed by BioWare and published by Electronic Arts. Anthem is available for Microsoft Windows, PlayStation 4 and Xbox One.

How would you rate Anthem over the past 3 months?

Maintenance has concluded. Thank you for your patience. https://t.co/j67GuRkocQ

Freelancers. Tomorrow at 9AM ET, Anthem will undergo a short period of scheduled server maintenance for up to a few hours. We appreciate your patience during this time. https://t.co/PayYZ3LpIc

RT @bioware: An update on Anthem from Christian Dailey: https://t.co/twmWXAXj3B