The following outage map shows the most recent locations worldwide where Pepperstone users have reported their issues and outages. If you are having an issue with Pepperstone and your area is not listed, make sure to submit a report below

At the moment, we haven't detected any problems at Pepperstone. Are you experiencing issues or an outage? Leave a message in the comments section! 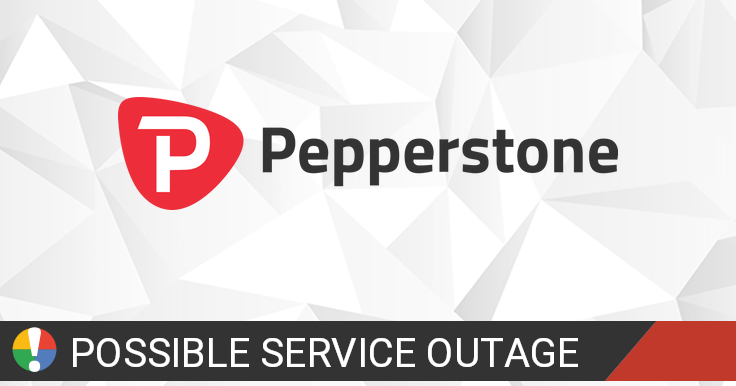 Pepperstone is an Australian broker based out of Melbourne. It offers full-featured trade execution through multiple platforms, including MetaTrader 4, browser-based entry, and mobile devices.﻿ Customers can choose among tradable instruments in a large range of asset classes including forex, index CFDs, commodities, metals and cryptocurrencies.

How would you rate Pepperstone over the past 3 months?

📣📣New episode of The Trade Off is out Now!📣📣 Join @ChrisWeston_PS and @PipCzar as they discuss market views, inflation data, interest rates and the massive week that's coming up. Check it out 👉https://t.co/mvZWExM5H9 https://t.co/cD4tUZAbpr

Price action is where it all starts in trading, we react to the changes in flow collective behaviours – Louise Bedford of @TheTradingGame offers insights into how she reads price action through candlestick analysis to get an edge in evolving market - https://t.co/oOiBTNL5Ur https://t.co/2t8V0mfFpJ