The map below depicts the most recent cities worldwide where GDAX users have reported problems and outages. If you are having an issue with GDAX, make sure to submit a report below 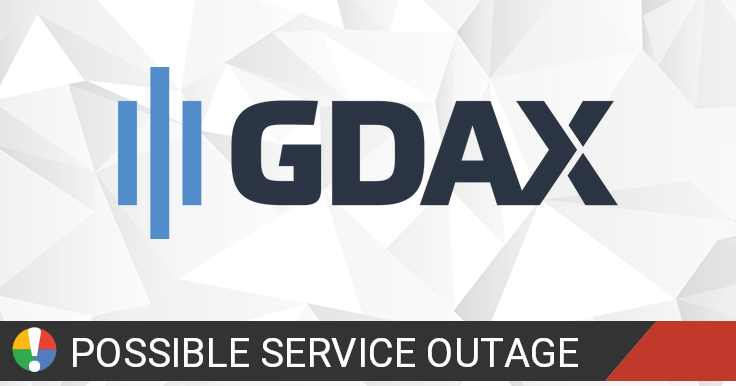 GDAX is a cryptocurreny exchange that offers institutions and professionals the ability to trade a variety of digital currencies like Bitcoin, Ethereum, and more on a regulated U.S. based exchange. GDAX is owned and operated by Coinbase.

Please let us know what issue you are experiencing with GDAX:


In the last three months, how would you rate GDAX?

In the last three months, how would you rate GDAX?

GDAX is now Coinbase Pro. For all updates, news, and information for advanced crypto traders, head to @coinbasepro. https://t.co/0d6Pe6NiTK